How EMI Has Evolved: From Selling Tupperware as an 11-Year-Old to Today

Tracker Studies: What You Need To Know

How EMI Has Evolved: From Selling Tupperware as an 11-Year-Old to Today

I was 11 years old when I learned the importance of selling to the right audience. It was 1979, and I was starting the 6th grade at Ruth Moyer Elementary in Fort Thomas, Kentucky. Along with the first day of school smell of musty books and cafeteria food, I was greeted with a box of Tupperware to sell for a school fundraiser.

While my classmates hid the boxes in their cubbies, hoping they wouldn’t be forced to go door-to-door, I zipped down Sweet Briar Lane and far exceeded my quota.

I was the number one Tupperware salesman in my class, but how hard is it to sell Tupperware to a neighborhood? Everyone could use more.

Despite my 6th grade success, I grew up to realize that not all businesses had the luxury of knowing who might be interested in their products. That’s until I founded EMI Research Solutions, the world’s first permission-based email marketing broker.

After graduating from the University of Kentucky, and spending 9 years in commercial banking, I joined a web startup that was launching a program for permission-based email. Serving as their first Midwest sales rep, I quickly became discouraged as I struggled to find businesses who already had a web presence and needed our product.

The east coast and west coast reps were killing it, but I was caught in a timing gap. I knew if I found a way to cover the whole country, then I’d have an opportunity.

I was there for 9 months when I began challenging the system. I had a genuine interest in making everything in life more efficient. Realizing how relevant information could be extracted from the web to attract better and higher-quality responses, I scraped together my last paycheck and left to bring my idea to life.

I gave them their laptop back and went straight to Staples to buy my own. Wearing a small headset and only my underwear (because I didn’t have air conditioning!), I began calling just about everyone in America.

A couple months later, a channel broker introduced me to a company called NPD, who needed a cheaper, faster asset than the phone operating center they were using to collect opinions. I happily agreed to the opportunity and grew their opinion panel from 350 people to 750,000 by leveraging databases online.

After this success, I hired my first employee. I was sitting against the fence with my squash buddy and he said, “You know my mom just quit her job,” so a week later, I welcomed Jean into Apartment 18 to start her first day as my accountant.

As I reflect on the early days of EMI, formerly called EasyMail Interactive, we were a pretty funny-looking team. I hung her coat on my bedroom door, and we sat on patio furniture in my living room.

I had this old heater that was always cranking. It was too hot for two people to sit in the kitchen, so I had to open the doors for the cold air to at least cool us off. There was a wind tunnel the door created that went right for our ankles. We had to wrap our feet in towels to keep them warm.

Today, EMI is far from the home office clad in patio furniture where Jean and I began. Apartment 18 became Suite 18, though our office can now be found in Suite 200 on Montgomery Road.

The team consists of 22 employees, four of which have worked by my side me for the past 10 years. Together, we have generated over 100 online consumer panels and communities across 82 countries. We have been ranked one of the Fastest Growing Companies in Cincinnati and were recognized by Ernst & Young as an Entrepreneur of the Year Finalist and Inc. Magazine’s Fast 5000.

Two things you’ll find in my office: a coat hanger and a state-of-the-art heating and cooling system. Although, those are just a few perks of working for EMI today.

I attribute my success to our tenure in the market. We’ve got a lot of studies under our belt, and I’m backed by a team of really experienced individuals. We were the first to share an unbiased perspective with full transparency, which was completely unheard of.

Despite the challenges of making my vision come to life, I did it because I genuinely like people. I like helping people produce results that they never thought they could do themselves.

Recently, I found my 11-year-old daughter, Libby, putting ingredients into a Tupperware container to create “slime” to sell to other classmates. I couldn’t help but smile at her similar entrepreneurial spirit and the progression of our 6th grade sales.

The world has come a long way in the past 40 years. I sold Tupperware, but now my daughter uses it as merely a tool for her own creations to sell. Similarly, I was exposed to email marketing, which led me to develop my idea for a permission-based email brokerage, and the pattern doesn’t stop there.

So, what does that mean for market research? I predict the only way for EMI to remain a leader in the market is to listen to our customers and continue making adjustments according to their needs. The influx of technology has led to a massive amount of innovation and creativity. Recognizing this progression, we are committed to taking care of our customers, protecting our panels, and pursing the path of continuous improvement.

Intellicast S3E6 – A Discussion on Diversity with Damon Jones of Burke 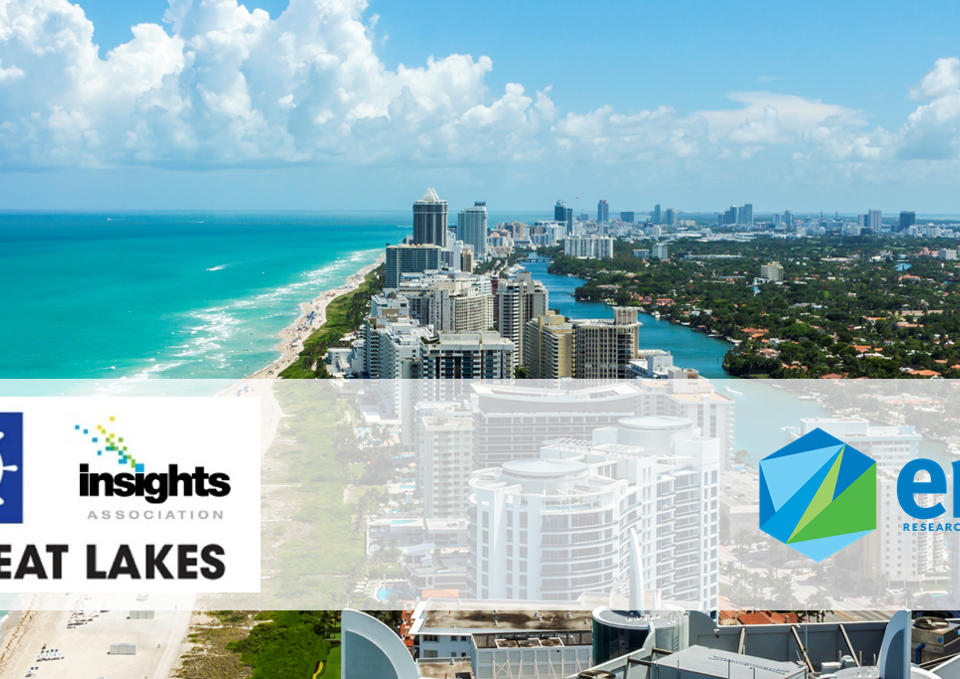 A Personal Highlight From the GLC Winter Meeting